Bruce Springsteen, Kid Cudi and others shed light on depression

From stars talking about their own struggles with mental health to TV shows and films dealing frankly with disorders such as depression, it seems that pop culture is actively engaging in the messy realities of psychological problems.

In the past, mental disorders were often depicted by Hollywood as an affliction dealt with in horrific ways in Gothic mental hospitals. But more recently films such as the Oscar-winning “Silver Linings Playbook” and TV series such as the acclaimed FXX comedy “You’re the Worst” treat these as everyday real-life situations that are best handled with heart and humor.

Stephen Falk, creator and showrunner of FXX’s “You’re the Worst,” a comedy about the relationships between four maladjusted Los Angeles thirtysomethings, found that doing a story line on depression taught him some surprising things.

“I couldn’t believe how widespread it is,” Falk said. “And how often suicidal thoughts come into play.”

But the conversation is spreading beyond fictional realms, with celebrities increasingly opening up about their own mental health issues.

Describing the struggles that would revisit him throughout his life, Springsteen wrote of “a sea of fear and depression so vast I hadn’t begun to contemplate it, much less consider what I should do about it.”

Most recently, hip-hop artist Kid Cudi, who has been open about grappling with depression and anxiety in the past, posted a message on his Facebook feed Oct. 4 informing fans that he had checked himself into rehab for treatment for depression and suicidal thoughts.

Stars, like other types of Americans, have always faced mental health issues; they just haven’t ever been this forthcoming.

“I think the term we liked a lot was exhaustion,” says public relations expert Howard Bragman, adding that the spin surrounding celebrity mental health issues has morphed from euphemism to forthrightness during his 30 years as a publicist.

For many, the pioneer of celebrity conversation around mental health was actress and advocate Patty Duke. A child star turned Academy Award winner (“The Miracle Worker”), Duke was diagnosed as bipolar in 1982, a diagnosis she shared with the world in her 1987 autobiography “Call Me Anna,” written with Los Angeles Times film critic Kenneth Turan.

Public response to Duke’s admission was so positive, the actress spoke about her illness in speeches around the country until her death in March. 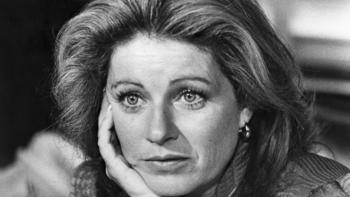 According to son Sean Astin, Duke’s decision to publicly discuss her bipolar disorder was a necessity, not just to explain her history of erratic behavior, but to help her better understand herself.

“She grabbed onto the diagnosis as a lifeline for her identity,” says Astin, the star of such films as “Rudy,” “Goonies” and “The Lord of the Rings” trilogy. “It gave her a ladder to climb out of a hole that she felt she had dug for herself.

“Instead of just being someone who exhibited behavior that was inappropriate by normal standards, she could now be a champion for other people who felt the same way.”

Depression is just the most recent health issue embraced by celebrities willing to speak of their own experiences.

After a 1978 intervention by her family, former First Lady Betty Ford got treatment for alcoholism and addiction to opioids, before opening the Betty Ford Center in Rancho Mirage to provide treatment for substance abuse.

In 1985, Elizabeth Taylor, outraged by the deaths of friends including Rock Hudson, joined a group of doctors and scientists in creating amfAR, the American Foundation for AIDS Research.

Even with Duke’s activism, it has taken years for depression to come out of the closet; mental illness continues to carry a stigma other ailments do not. But the increasing value placed on personal narrative appears to be breaking down that barrier.

Katrina Gay serves as the national director of communications and public affairs for NAMI, the National Alliance on Mental Illness, a grass-roots public health organization started in 1979. She believes that the growing transparency among public figures has three key facets: the rise of social media, authenticity and healing.

With individuals increasingly living their lives online, via Twitter, Facebook and Instagram, Gay explains that many celebrities are left with a choice: “Am I going to be a persona or am I going to be authentic and honest?”

For Bragman, the trend is transparency itself.

“We live in this crazy world where secrets don’t stay secrets very well anymore,” he said. “What people are finding is, if they own them, they get a measure of control, a measure of respect and a lot of good things can actually come from starting a dialogue.”

It’s the notion of starting a dialogue that appealed to Falk, as well.

Emboldened by the positive reaction to the depression story arc in the show’s second season, Falk and his team decided to focus on post-traumatic stress disorder in Season 3, in part because the issue deserves the signal boost.

“If there’s a small way that I can help push along the conversation, then that’s a really worthy thing to do,” Falk explained.

Does this increased discussion around mental illness have an influence on the general population?

Yes and no, said Dr. Andrew Leuchter, professor of psychiatry at the Semel Institute at UCLA.

While Leuchter acknowledged that, in some circles, there seem to be more individuals willing to speak publicly about their experiences, “At least half the patients with depression [in the country] are not receiving treatment,” Leuchter said. “Many of them haven’t even received a formal diagnosis of depression.”

Yet on the UCLA campus, Leuchter sees seeds of hope sown among students, where about 20% of the population is actively seeking assistance for depression and other psychiatric illnesses.

It’s this precise demographic that Gay is most concerned about, with recent statistics revealing that suicide is now the second-leading cause of death among youth ages 15 to 24.

One of the challenges in attempting to destigmatize mental illness is in clearing up public misconceptions about things like depression.

”Everybody’s condition is different,” Gay said. “Mental illness and mental health challenges run a big gamut. People like things to be simple and easy to understand and this just isn’t. It’s not one-size-fits-all.”

For Duke, sharing her story allowed her to understand her behavior, but also gave her a sense of purpose.

“Being a public advocate was a very big part of her wellness plan,” said Astin.

With fan bases that entail millions, celebrities are in prime position to reach more people than most when sharing their experiences.

“We didn’t used to know anybody with mental illness and all of a sudden we do. We know somebody. If we know a celebrity we know somebody and good things generally happen,” concluded Bragman.