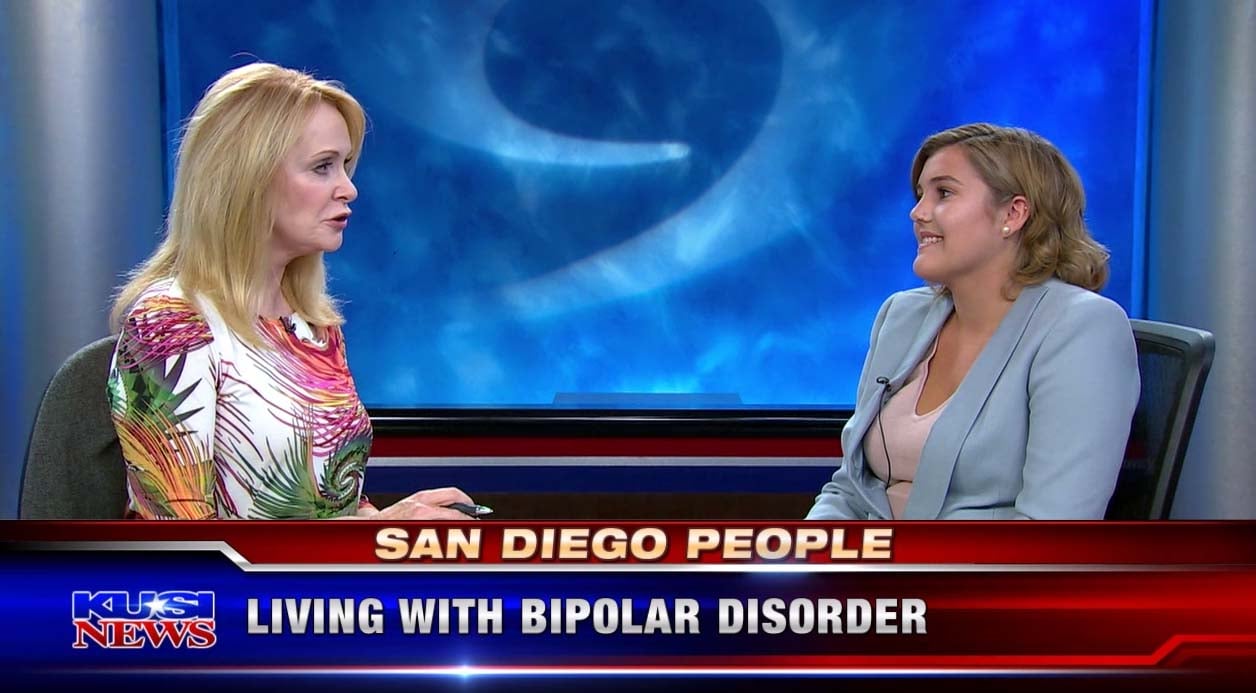 SAN DIEGO (KUSI) – May is mental health awareness month and this week on San Diego People, we are taking a closer look at bipolar disorder.

Bipolar disorder affects 5.7 million Americans each year. Muffy Walker, chairman of the International Bipolar Foundation that has offices in San Diego, says she helped start the non-profit after struggling to get the resources she needed as a mother to her bipolar son.

“It was more than just a support group.” Walker said. “Right away from the beginning we wanted to support research, which we’ve continued to do, have an outreach and care piece for the person with the lived experience and a really big educational component, educating the public about mental health, mental illness, and raising stigma.”

Doctors say bipolar disorder is hard to diagnose because most patients don’t recognize something is wrong. Claire Griffiths, a 15-year-old from North County, said she started seeing signs just a couple years ago. At times she felt restless and thought her energy was hard to contain with highs and lows, she said. When she was formally diagnosed with bipolar disorder, Griffiths said she was relieved, but her classmates didn’t know how to treat her.

“They would call me crazy, or push me away, or talk about me behind my back,” Griffiths said. “I was very lonely and I punished myself for it.”

Griffiths said she eventually felt successful after she found the right medication. She has since served as an advocate for the International Bipolar Foundation, and earlier this year went to the nation’s capital to lobby for Bipolar Day. Even though she helps others, she said spreading awareness helps her.

“The way I can connect to people and support them and be there for them, the way I can write about things now. It’s like a new depth.” Griffiths said. “It’s like the way I live life, I don’t take life for granted anymore.”

Griffiths encourages anyone who thinks they have bipolar disorder to not give up, because while there is no cure, there are many treatment options available.

“Don’t give up. It’s hard because you’re trying everything. You’re taking the medication and going through all the therapy and nothing’s happening, but don’t give up.” said Griffiths.  “There’s definitely a light at the end of the tunnel.”

For more information on the International Bipolar Foundation and free resources for people living with bipolar disorder, visit https://www.ibpf.org.