What We've Learned About Kids And Sleep In 2015

Kids’ sleep is truly precious. For parents, hardly anything beats the sight of their little one wrapped in a blanket, curls strewn over the pillow, breathing softly and looking happy and serene. But what if your child is tossing and turning, snoring or moaning in her sleep? How will the quality of her nighttime rest affect how she fares socially, emotionally and academically?

These were some of the questions that leading medical professionals discussed at SLEEP 2015, which took place in Seattle in June. Underscoring the importance of children’s sleep, the conference added to a wave of newly released research that suggests answers to many of the questions weighing on parents at bedtime.

Sleep is when the brain flushes out, which is especially critical for kids 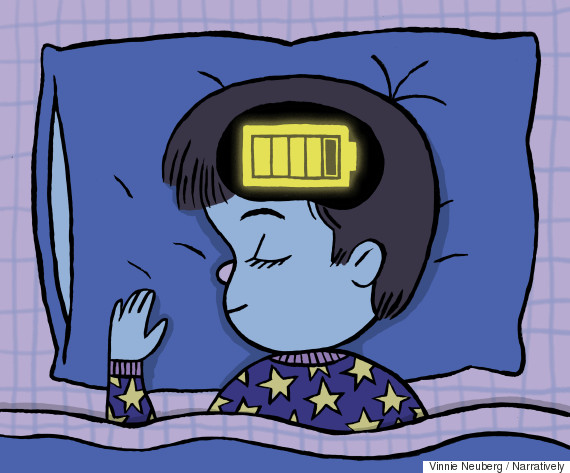 The latest discoveries in neuroscience show that there’s much more to sleep than just recovery. For example, scientists have long known that sleeping was critically important to the development of brain functions, such as learning new information and storing long-term memories. 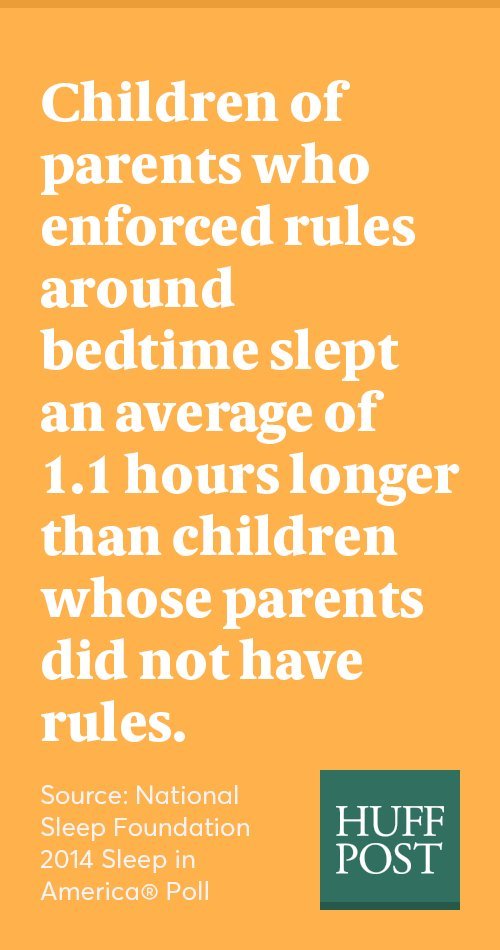 But in a recent animal study, a team of scientists at the University of Rochester found that during sleep the brain cleanses itself, essentially flushing out its own waste. It does this through a network of specific channels similar to a plumbing system, which fully “open up” in a state of sleep. Researchers think that this cleanup process is energy-expensive, and that’s why the brain may be waiting until bedtime to take out its own trash.

Other recent research reinforces the idea that uninterrupted nighttime rest is particularly vital for kids, because the growth hormone needed for tissue and muscle development is released primarily during sleep.

“Growth hormone is produced mainly overnight, especially from midnight to 6 a.m., so it’s important that kids sleep soundly,” says Shalini Paruthi, fellow of the American Academy of Sleep Medicine and director of the Pediatric Sleep and Research Center. “We don’t want them awake for prolonged periods.”

The National Sleep Foundation’s guidelines on how long children of different ages should snooze are clear: 10 to 13 hours per day for preschoolers, nine to 11 for kids between ages 6 and 13, and eight to 10 hours for teens.

Sleep debt can cause ADHD-like symptoms, obesity and many behavioral problems 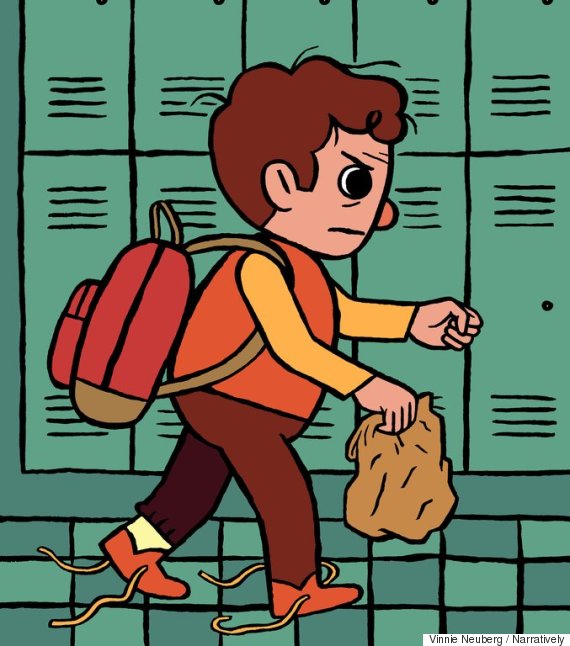 Lack of sleep can lead to misdiagnoses of ADHD.

Lack of quality sleep can manifest itself in even more obscure, subtle ways. In addition to physical symptoms, sleep debt can cause behavioral and emotional problems. It can shorten kids’ attention span and even bring on ADHD-like symptoms. In fact, children can be misdiagnosed with ADHD merely because they aren’t spending enough time in slumberland, says Paruthi. A study that surveyed almost 2,500 kids ages 6 to 15 confirmed that kids with sleep problems are more likely to be hyper, impulsive and aggressive -- all of which are symptoms consistent with ADHD. Another study presented at SLEEP 2015 supported the findings that sleep disturbances may, at least in part, be the cause of some ADHD symptoms. The same study also pointed out that motor skill learning in children with ADHD benefits from more shuteye.

Unlike tired and sleepy adults who grow slow and listless, kids become hyperactive and explosive as they try to compensate for their exhaustion.

A number of SLEEP 2015 studies researched how chronic sleep debt contributes to obesity and diabetes. Sleep modulates the neuroendocrine system and glucose metabolism, so when youngsters don’t snooze enough, these vital processes may go haywire.Epidemiological studies state that in modern societies children (and adults) often spend less time in bed than they did just a few decades ago -- a fact likely contributing to the United States’ obesity epidemic.

Sleep debt can make kids more likely to get sick. 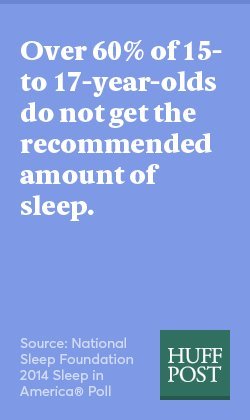 “When given a vaccine, sleep-deprived people didn’t develop enough of a response to it, compared to people who had enough sleep,” she says, referring to the observed relationship between lack of sleep and a suppressed immune system.

For teenagers, the risk associated with sleep debt is great.

A lot of sleep issues among teens relate to the modern lifestyle. Craig Canapari, who directs the Yale Pediatric Sleep Center, cites a recent CDC study which found that 90 percent of American teenagers are sleep-deprived.

Among other causes like overloaded schedules and heavy homework loads, Canapari says, technology is to blame. Many teens sleep with their smartphones under their pillows and wake up to answer text messages, he says. Blue-white light emitted from their screen is similar to the light wavelengths from the sun, which wakes up the brain.

Sleepiness is a significant cause of car accidents, and car accidents are the most common cause of death among teenagers. Couple those factors and you have a real problem, Canapari says.

A University of Pittsburgh School of Medicine study presented at SLEEP 2015 found that sleep-deprived adolescents place lower value on risk, greater value on rewards, and don’t fully comprehend potential threats. Another 2015 study that surveyed over 2,500 Southern California teens from 16 middle schools linked sleep issues with alcohol and marijuana use. Every 10 extra minutes of late bedtime indicated a 4 to 6 percent jump in likeliness that the teen used marijuana and alcohol in the past month. 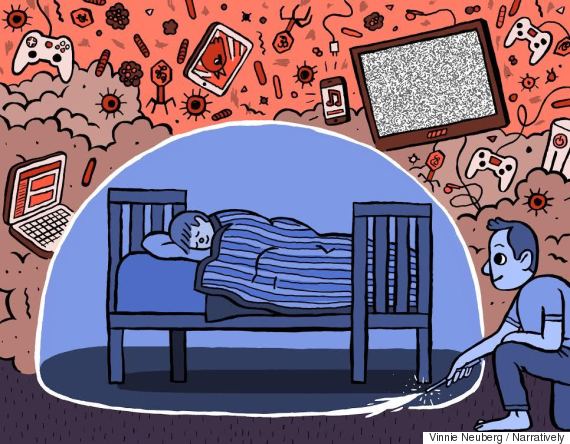 Move electronics out of the bedroom or use special software to minimize their impact. 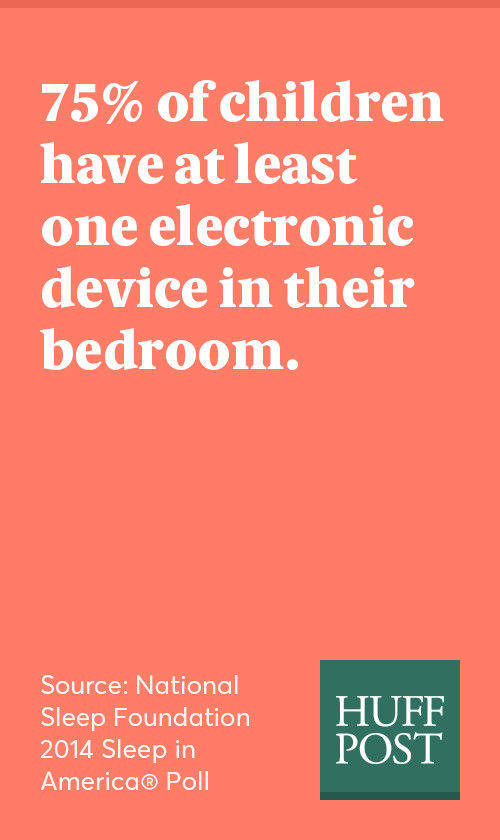 The electronics addiction may be stronger than sugar, but all experts are unified that technology must move out of the bedroom.

“The bedroom should be a haven for rest and recovery, not a place to be distracted,” says Wendy Troxel, a behavioral scientist at RAND, a think tank that helps improve public policy through research.

Canapari recommends his patients go on a "light diet." That includes reducing screen time close to bedtime, or, if computer use can’t be avoided, installing software (such as t.lux for Windows and f.lux for Macs) that, after sunset, changes the light color from white-blue to yellow, which has less of a wake-up effect on the brain.

Keep allergens out of the bedroom.

Equally important is keeping bedrooms free of possible allergens, such as secondhand smoke, which can cause sleep-disordered breathing and insomnia. A recent study found a strong correlation between secondhand smoke exposure and sleep disturbances in adolescents, including restless legs syndrome, a condition in which the legs feel extremely uncomfortable, especially in the evenings and at night, interfering with sleeping. Overall, keeping the bedrooms clean and allergen-free is a must.

If you’re looking for a bedtime snack for your kid, select one that’s high in protein and low in sugar.

Another easy lifestyle change is the nighttime snack. Eating sweets near bedtime causes a spike in blood sugar followed later by a drop, which leads to a feeling of hunger and may leave kids awake in the middle of the night. Donielle Wilson, a naturopathic doctor who sees many insomnia patients, recommends replacing the sugary snack with a high-protein one -- say, a spoon of almond butter, adding a cracker or two if desired.

Lastly, try teaching your kids to practice a form of mindfulness before sleeping.

Meditation can quiet the mind, reduce stress and improve sleep. A February 2015 study found that meditation and mindfulness reduced insomnia, fatigue and depression and improved sleep in study participants, compared to a control group that only attended a sleep education class. And the results were recorded after only six sessions. The study was conducted among older adults, but there’s sound evidence that the approach is effective for kids, too, if tailored to their own level of understanding.

Sleep Number is committed to helping families get their best sleep. Sleep Number understands that well-rested kids feel more confident and do better in school, sports and in life. Learn more about the SleepIQ Kids™ bed, the only bed that grows with them, here.